Backup cameras are now commonplace and various cars are installed. However, the reversing camera system for large trucks, RVs, agricultural equipment and industrial equipment has not yet been popularized. Several big brands occupy more than 72% of the market. The quality of the big brands is guaranteed and they can avoid the worry of quality problems. But the high prices make consumers daunting. The most expensive wireless system can up to more than $600 . This led to two very bad results: First, the owner cannot afford to buy. Second, many large-scale vehicles belong to a company who deploys so many expensive cameras that is very costly. Therefore, it will not be purchased. This will leave this security issue hidden.

The development trend of backup camera products is that more high technology will be applied to it and its price will be greatly reduced. Radar was first applied to the military and later gradually became civilian. Ultrasonic radars, millimeter-wave radars, and laser radar products will gradually become popular with different costs and achieve different functions.

The situation in the United States

Backup cameras now are required in new cars in the U.S.

New cars sold in the U.S. must have backup cameras to help drivers avoid accidents under a federal regulation that took effect on MAY 2018.

The regulation requires rearview cameras and video displays on new models, a move aimed at preventing accidents in which pedestrians — often children — are run over because a driver can't see them as they back their vehicles. Many higher-end models and mainstream vehicles with extra safety packages already have rearview cameras. But the technology will now be a standard in even the cheapest of new cars. "The regulation is a monumental advancement of safety for children, pedestrians, bicyclists and other vulnerable road users," Cathy Chase, president of Advocates for Highway and Auto Safety, said in a statement.

Backover crashes kill more than 200 people annually and cause more than 12,000 injuries.

Haloview is a new brand based in Hongkong in this industry. Founded in 2017 but haloview has many years experience in manufacturing.

As long as it can continue to create cost-effective and best-seller products, haloview is expected to become a dark horse in this field in the next two or three years, and will put pressure on the price monopoly in this industry.

With years of production experience and self-owned factory, we can always make improvements based on consumer feedback.

For wired backup camera system with one camera: branded product priced over 250$, while haloview MC7601 is $138. What’s more, Haloview has better picture quality.

It is difficult for a trade company to control product quality. But Haloview can. With years of experience in manufacturing, we start our factory direct era.

A good product can drive the development of a brand, but also because a good product promotes itself. We hope this industry will have more and better brands 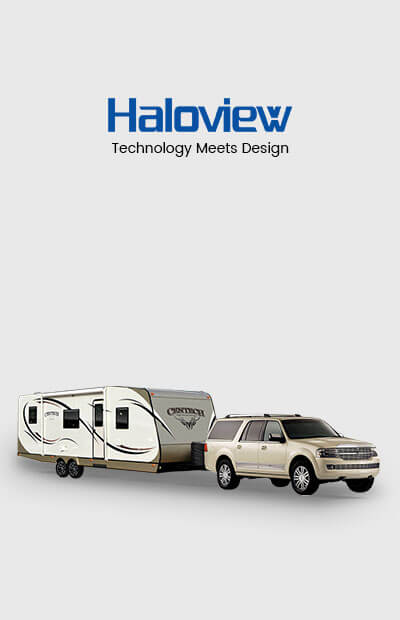